In hospitals, summer is the season when newly minted medical school graduates start their first year of residency, taking on patient care with little hands-on experience. For patients, that means a visit from a doctor who might look young and untested.

To make sure residents ask for help from a senior doctor, more hospitals are developing formal “escalation-of-care” policies with clear guidelines on when it’s time to call one. Residents may fail to ask for help due to overconfidence, lack of knowledge or fear of seeming incompetent, studies show.

Communication breakdowns between residents and the attending physicians who supervise them are common contributors to patient injury. The issue is particularly acute on thinly staffed nights and weekends. That said, studies are mixed as to whether medical errors spike with the arrival of new residents, with some suggesting the risks are higherand others finding no evidence of the so-called “July effect.”

Escalation-of-care guidelines are part of a broader effort to improve the way residents are trained and change a medical culture that sometimes fosters intimidation of new residents by senior physicians.

Four Harvard Medical School-affiliated hospitals, including Brigham and Women’s Hospital in Boston, have developed new communication standards. They’ve also issued residents a pocket card listing 15 situations that require prompt notification or approval of a senior colleague, such as a patient’s transfer to the intensive-care unit.

They made these changes in response to research conducted at surgery departments and published in the Annals of Surgery in 2009. This research found that 33% of critical patient events weren’t communicated by residents to attending surgeons.

Joshua S. Jolissaint got the card when he started his surgical residency in June at Brigham and Women’s Hospital in Boston after graduating from University of Virginia School of Medicine. The cards “are very useful reminders for very specific reasons when you should escalate,” he says. But during orientation, “they really try to impress on us that no concern of a resident is ever unwarranted, and anyone, no matter where they are in the chain of command, can feel comfortable escalating care to someone more senior.”

For junior residents, that typically means going to the chief resident first, rather than directly to the attending physician. Soon after Dr. Jolissaint started work, however, there was an instance when his chief resident was briefly unavailable and told him that if anything happened, he should feel comfortable calling the attending directly. 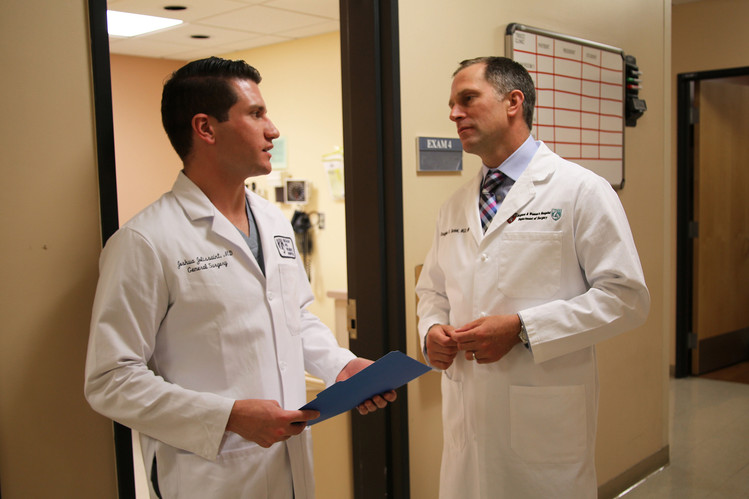 A radiology report showed possible free air in the abdomen of a patient, which could indicate a perforated organ. He immediately paged the attending physician, concerned that the patient’s life might be in danger. It turned out to be a false alarm.

Dr. Jolissaint says he had no qualms about bringing the case to the attending physician. Had the situation been serious and he had been unable to escalate care, “that patient may have waited for an hour or two with a surgical emergency.”

The Accreditation Council for Graduate Medical Education, known as ACGME, accredits close to 10,000 residency programs at about 800 institutions. ACGME requires residency programs to have guidelines for situations that require residents to communicate with supervising faculty members, such as the transfer of a patient to an intensive-care unit. Chief Executive Thomas Nasca, a nephrologist, says one aim is to overcome any inhibitions or barriers to requesting supervision.

Residents need to be taught to “err on the conservative side when it comes to asking for help,” Dr. Nasca says. But senior doctors also need to “demonstrate by our actions and not just our words” that they are receptive.

In a report ACGME issued in May based on surveys at 297 institutions from September 2012 through March 2015, most had residents and fellows who said they have personally experienced or witnessed inadequate supervision.

At the same time, many faculty and program directors expressed worry that residency programs might restrict the amount of patient care residents can perform without direct supervision. This could impede residents from being prepared to practice medicine independently after training. Moreover, hospitals rely on residents to perform many basic patient-care duties.

Atul Gawande, the surgeon and author who led the initial research at the Harvard-affiliated hospitals that identified the communication barriers for residents, says that commonly, residents didn’t call attendings because they felt they could handle a critical situation. They also showed a reluctance to appear weak or get dressed down for incompetence.

The four hospitals subsequently cooperated on the program to improve communication and develop the guidelines for the pocket cards, and took steps to change the culture. At meetings, chiefs of surgery made it clear to residents “that it’s OK to call even when they think it is dumb to call,” Dr. Gawande says.

The chiefs were also asked to tell their senior attending physicians, “These are the things we are telling residents they have to call you for, and we really expect you are going to take the call and not bite anybody’s head off.”

A study of the program from August 2007 to March 2009 at the four hospitals, published in the Annals of Surgery in 2011, found that the proportion of critical events that weren’t conveyed to an attending decreased to 2% from 33%.

Dr. Gawande, director of Ariadne Labs, a joint project of Brigham and Women’s and Harvard’s School of Public Health, says the 2011 study showed that in critical situations where residents reached an attending physician, there was a change in the patient’s care in one-third of cases, often significant.

“We want the residents to learn how to take care of problems on their own. But they also have a responsibility to escalate care,” says Douglas Smink, a gastrointestinal surgeon who leads the surgical residency program at Brigham and Women’s. 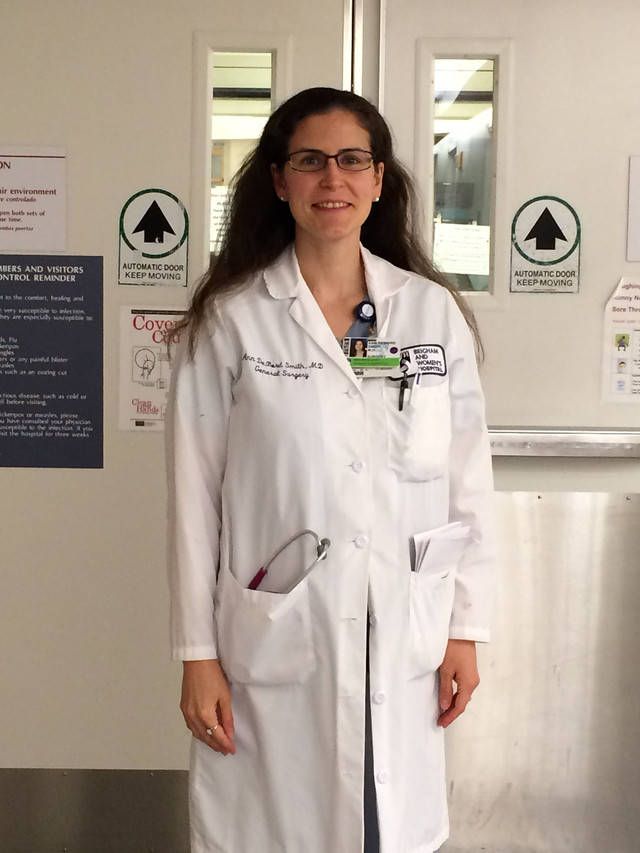 Dr. Ann Smith, chief resident for the trauma surgery service at Brigham and Women's Hospital, says her hospital makes it clear to new residents that they should not hesitate to ask more experienced doctors for help. PHOTO: BRIGHAM AND WOMEN'S HOSPITAL

Some of the situations on the card are fairly obvious, like calling a senior doctor in case of a cardiac arrest. Others might seem like situations a resident could handle, but could signal or invite complications, like blood transfusions, Dr. Smink says.

In an editorial in the March 2016 issue of Annals of Surgery, Dr. Smink recommended that all surgical educators incorporate escalation-of-care training into the curriculum for residents. He also urged senior surgeons to abandon any lingering belief in the subtle message to junior residents: “Call me any time, but remember, it’s a sign of weakness.”

Ann Smith, who is in her fourth year of clinical residency at Brigham and Women’s, says the pocket cards issued to junior residents there have helped them understand that “not only is it OK to call for help, but in fact you must call for help,” especially at night.

When she first became a resident, she says, “I definitely didn’t know where the boundary was.” As chief resident on the trauma surgery service, she says she takes pains to make herself easily accessible and erase any barriers junior residents may feel to calling her.

“Having poor judgment, including not knowing when to call for help, is a problem,” Dr. Smith says. “Our residents are judged by whether they make a good decision for the patient.”