"How Surgeons Stay Focused for Hours" - The Wall Street Journal 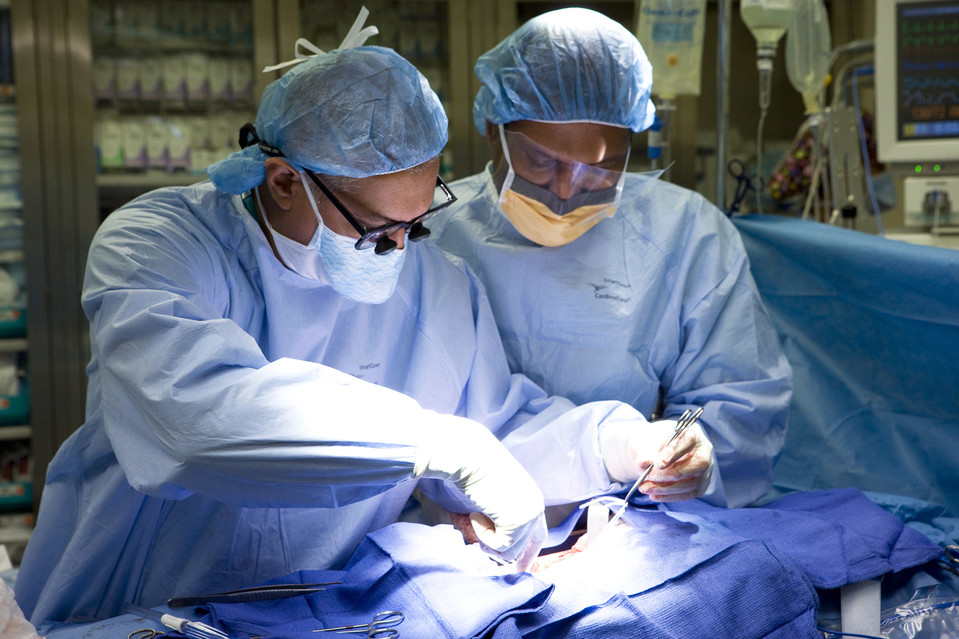 Dr. Milan Kinkhabwala, left, chief of transplant surgery at Montefiore Health System, in Bronx, N.Y., and a colleague perform a kidney transplant. He says he and other members of his team 'get into a zone' that helps them push through hours-long surgeries with minimal breaks. PHOTO: MONTEFIORE HEALTH SYSTEM

Organ-transplant surgeons have skills most of us can only dream about. One, concentrating for hours straight, is something we can aspire to.

Transplanting a liver can take eight to 10 hours. Surgeons are on their feet the whole time, hunched over the operating table. They minimize breaks for the bathroom or refreshments. And they need frequently to be on call, ready to perform an operation whenever an organ becomes available.

Members of the abdominal-organ transplant team at Montefiore Einstein Center for Transplantation, in Bronx, N.Y., have carefully honed strategies they use inside the operating room, and away from the job, to push through long surgical procedures. Some techniques are simple, like wearing comfortable shoes. Others stem from an awareness that implanting a new organ can save a patient’s life.

“You get into a zone when you are operating,” says Milan Kinkhabwala, chief of transplant surgery at the center, part of the Montefiore Health System. “Your mind is so focused on what you are doing, you are not aware of time.” 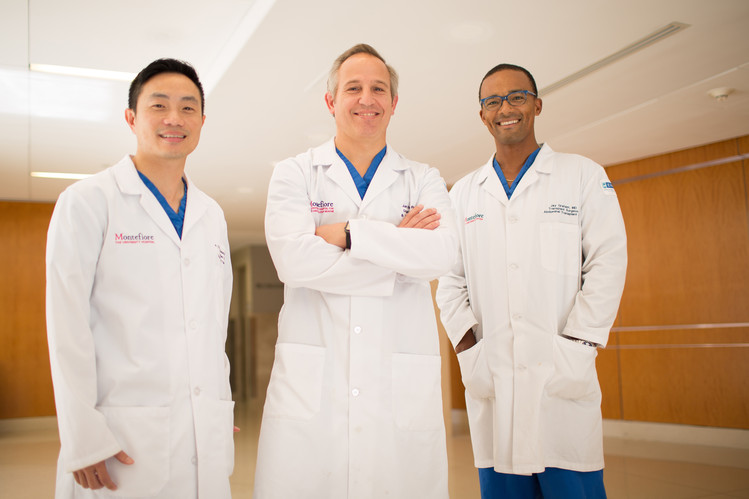 Transplant surgeons, whose work includes stitching minuscule blood vessels together, minimize their distractions. No one checks cellphones in the operating room during surgery. The surgeons often wear loupes mounted on eye glasses to magnify their work, which limits their field of vision to a few inches.

Dr. Kinkhabwala likes to play music in the background, which he says helps reduce his stress and fatigue. His playlist, which can run for more than 14 hours, consists mostly of nostalgic tunes such as “The Girl From Ipanema” and “Raindrops Keep Falling on My Head,” songs he says his surgical team enjoys, too.

Jay Graham, a 40-year-old member of the Montefiore transplant-surgery team, says he used to suffer from neck and back pain as a result of spending hours hunched over the operating table. The pains have gone away since he started practicing yoga for an hour each morning, he says. Dr. Graham also eats a vegan diet and runs as many as 30 miles a week, which he says keeps him in physical shape for his job. 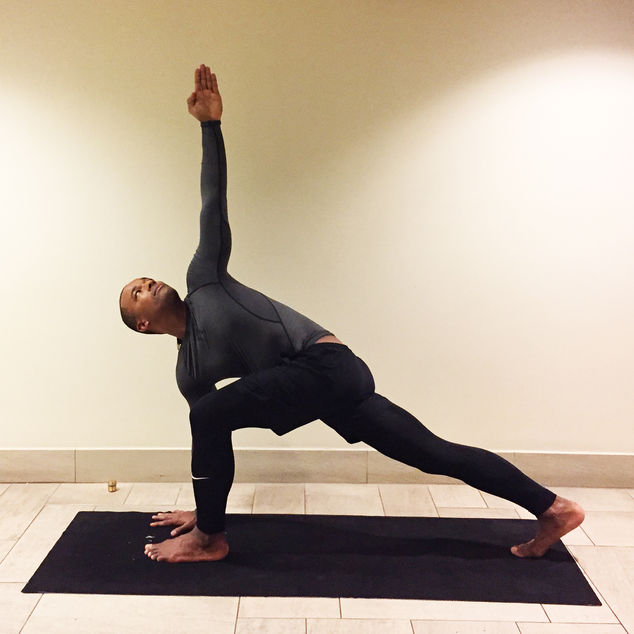 Transplant surgeon Dr. Jay Graham says taking up yoga helped ease the neck and back pain he used to get from spending hours hunched over the operating table. PHOTO: MONTEFIORE HEALTH SYSTEM

Many of the surgeons wear clogs or sneakers designed to ease the strain of standing for hours. “I have super-tight support stockings and I can stand for 10 hours without being tired,” says Sarah Bellemare.

Dr. Bellemare, 44, generally skips lunch during a marathon surgery. If there is a lull, she might step out for some water. But usually she prefers to keep going until the operation is finished.

Patients “put their lives in our hands and we feel very responsible to them,” she says. Dr. Bellemare is married to Dr. Kinkhabwala and the couple is raising two young children. 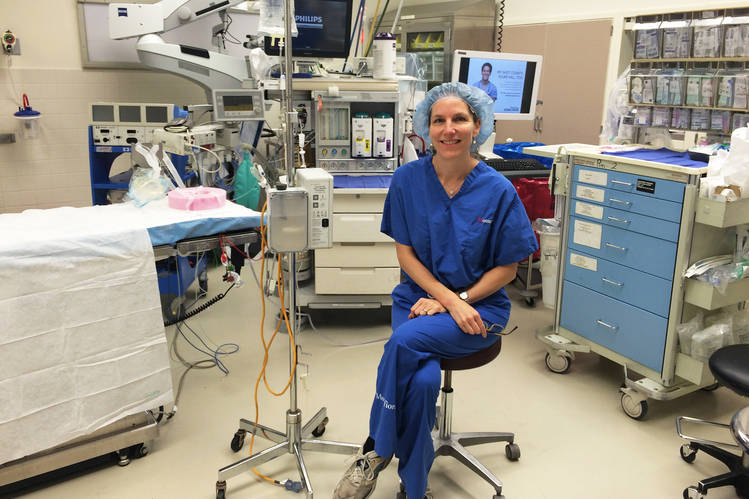 During long transplant surgeries, Dr. Sarah Bellemare prefers to keep going until the operation is finished. Patients "put their lives in our hands and we feel very responsible to them," she says. PHOTO: MONTEFIORE HEALTH SYSTEM

Members of the Montefiore transplant team typically perform at least one long surgery a week. On other days they do shorter operations and see patients in the hospital or at their offices.

Most transplants use organs from people who have died, in which case the organ must be retrieved and used almost immediately. The Montefiore surgeons retrieve the organs themselves, flying as far as Texas and Florida to remove it from a cadaver and returning it to the New York hospital. There, other surgeons are waiting to implant it in the patient.

The team also performs live-donor transplants of livers, which is more complex. One group of surgeons removes segments of liver from a healthy donor. A second group removes the diseased liver from the ailing patient and implants the new liver graft. 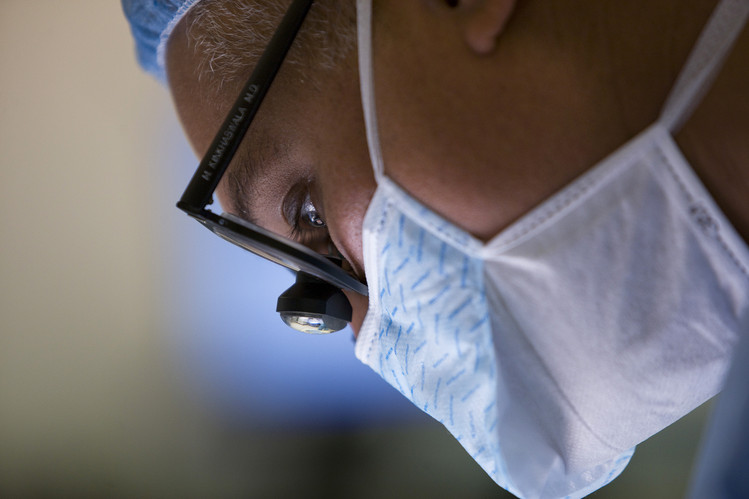 Dr. Kinkhabwala, 53, came to Montefiore 10 years ago to set up the organ-transplant center. The team consists of six surgeons, ranging in age from late 30s to early 60s. Montefiore’s one-year survival rate for adult liver-transplant patients is 93%, compared with the national average of 91%, according to the Scientific Registry of Transplant Recipients.

Transplant surgery “can’t be a young person’s game, because it requires a lot of training,” Dr. Kinkhabwala says. On the other hand, “you don’t want someone tired and worn-out.”

Transplant surgeons have a short “shelf life,” says Dr. Kinkhabwala. A typical career runs from the mid-30s to mid-50s, when some practitioners start taking on less-demanding surgeries or transition to research or teaching, he says.

Studies have shown rising levels of stress and burnout among physicians, especially surgeons. An analysis of research on the topic, published recently in the Journal of the American College of Surgeons, found that burnout rates among all doctors ranged from 37% to 53%, with surgeons close to the top of the list. Burnout often involves feelings of depression and alienation and leads to sharply reduced job satisfaction.

Stuart Greenstein, 61, has been a transplant surgeon for 30 years. He specializes in kidney transplants, which typically take four or five hours. And he credits his faith as an Orthodox Jew and the bonds he establishes with his patients—he stays in touch with them and attends family events—for his ability to still do the job. 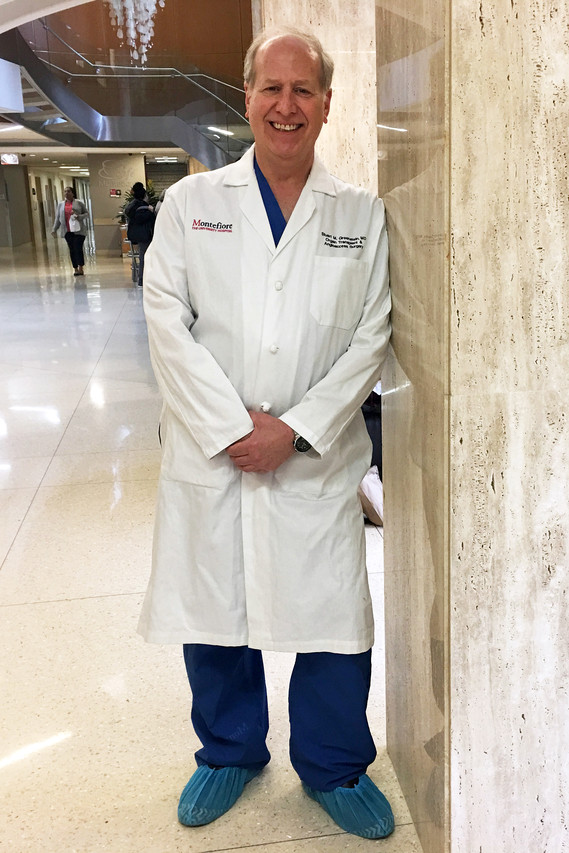 Attasit Chokechanachaisakul, 37, says his faith as a Buddhist and daily meditation help him keep calm under pressure. If a surgeon finds himself “in a bad situation in surgery, you have to be very calm to be able to cope,” says Dr. Chokechanachaisakul.

Juan Rocca has a more conventional approach to keeping focused during long surgeries—a shot of espresso. While he tries to limit breaks for other reasons, “sometimes in the middle of the transplant, I come back to my office and have another shot,” the 43-year-old surgeon says.